Fly those American flags Republicans if you want to win next week! 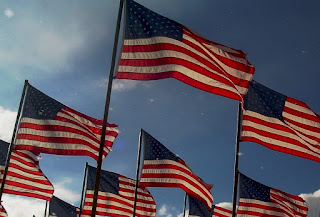 As a visitor to the USA, one sometimes gets the feeling that it’s hard to move or look around without seeing a flag. They are seemingly everywhere, an omnipresent reminder of national identity. But the star-spangled banner is more than a symbol; it can also influence minds in unexpected ways. Travis Carter from the University of Chicago has found that when people think about voting decisions, the mere sight of the American flag can subtly shift their political views… towards Republicanism.  It’s an effect that holds in both Democrats and Republicans, it affects actual votes, and it lasts for at least 8 months.

Fly those American Flags my friends!  You can read the rest of the story here.

Posted by commoncents at 7:57 AM