Election 2015: Republican Voters - fly those American Flags if you want to win!

Election 2015 Update - There will be Gubernatorial elections in Mississippi, Louisiana and Kentucky and state elections in other areas including Virginia.  There is compelling evidence that just seeing an American Flag makes a voter significantly more likely to vote Republican.  And this effect lasts for months! 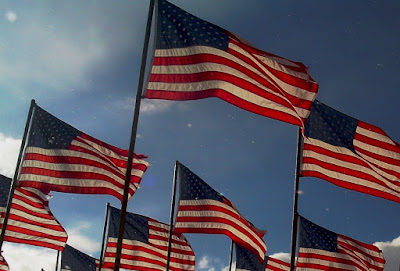 As a visitor to the USA, one sometimes gets the feeling that it’s hard to move or look around without seeing a flag. They are seemingly everywhere, an omnipresent reminder of national identity. But the star-spangled banner is more than a symbol; it can also influence minds in unexpected ways. Travis Carter from the University of Chicago has found that when people think about voting decisions, the mere sight of the American flag can subtly shift their political views… towards Republicanism.  It’s an effect that holds in both Democrats and Republicans, it affects actual votes, and it lasts for at least 8 months.

Fly those American Flags my friends!  You can read the rest of the story here.

Go to a RNC rally and you see the American flag.

Hi my name is Sam and I think you have a really cool site. I run The Last Tradition blog http://www.thelasttradition.com/ and I was wondering if you’d be interested in a blog roll exchange? Check me out and if you like what you see I hope you add me to your blog roll. I’ll gladly do likewise.

That's why I have an American flag at the top of my blog 24/7. (Well, that and because I like looking at it!) If you click on the image, it takes you to stories and studies of the phenomenon.
But anyone who stumbles onto the blog gets at least a glimpse.